In this section, we are going to show you how to set up your development environment for SeaTunnel, and then run a simple example in your JetBrains IntelliJ IDEA.

You can develop or test SeaTunnel code in any development environment that you like, but here we use JetBrains IDEA as an example to teach you to step by step environment.

Before we start talking about how to set up the environment, we need to do some preparation work. Make sure you already have installed the following software:

First of all, you need to clone the SeaTunnel source code from GitHub.

After cloning the source code, you should run the ./mvnw command to install the subproject to the maven local repository. Otherwise, your code could not start in JetBrains IntelliJ IDEA correctly.

After you install the maven, you can use the follow command to compile and package.

If you want to build submodules separately,you can use the follow command to compile and package.

Before running the following example, you should also install JetBrains IntelliJ IDEA's Lombok plugin. See install plugins for IDEA if you want to.

Before coding, you should also install JetBrains IntelliJ IDEA's CheckStyle-IDEA plugin. See install plugins for IDEA if you want to. Next, you should go to Preferences -> Editor -> Code style -> Scheme -> Import Scheme -> CheckStyle Configration and import tools/checkstyle/checkStyle.xml 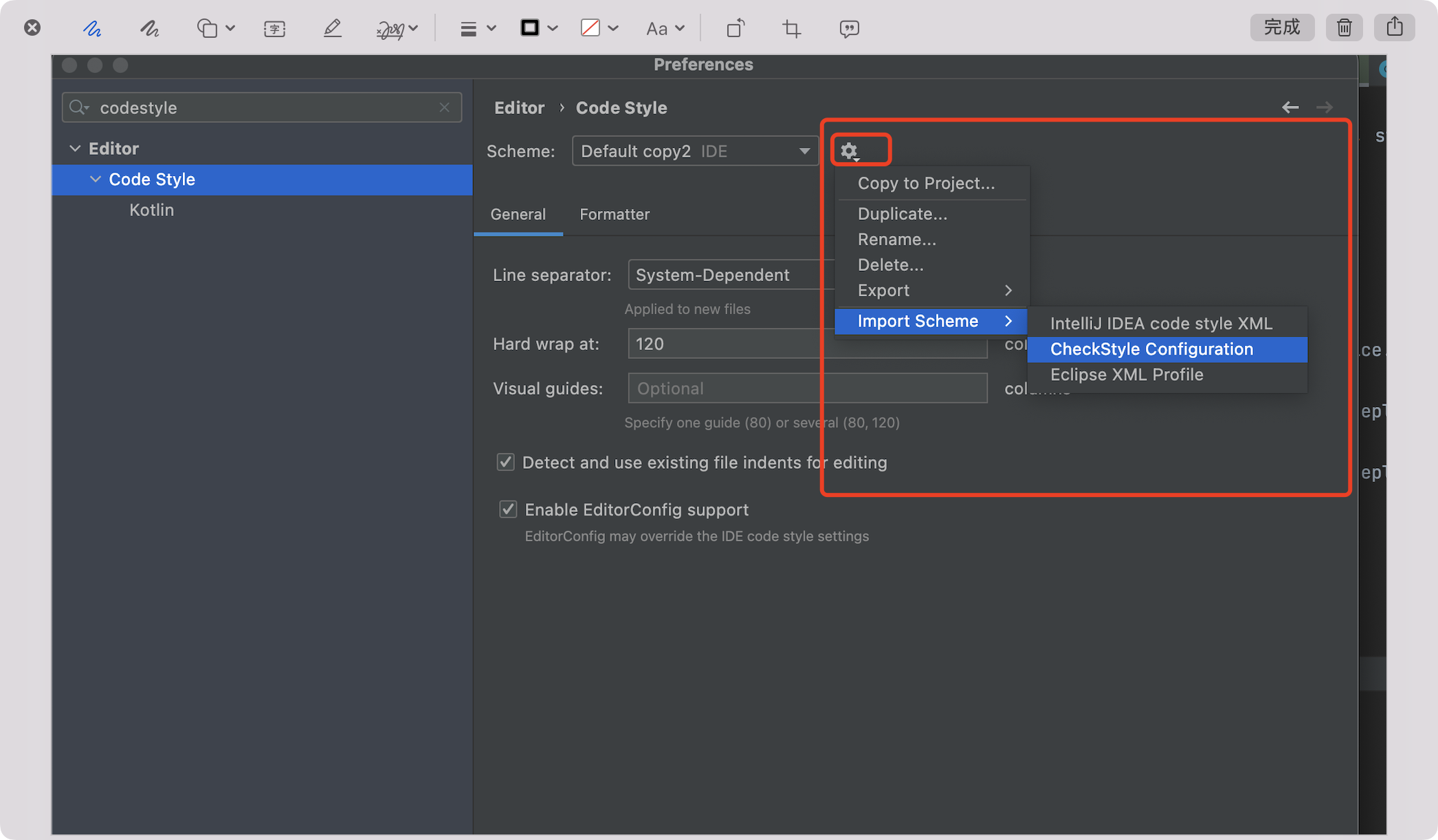 If you want to change to automatically formatting, these configurations are also required.

After all the above things are done, you just finish the environment setup and can run an example we provide to you out of box. All examples are in module seatunnel-examples, you could pick one you are interested in, running or debugging it in IDEA as you wish.

Here we use seatunnel-examples/seatunnel-flink-examples/src/main/java/org/apache/seatunnel/example/flink/LocalFlinkExample.java as an example, when you run it successfully you could see the output as below: